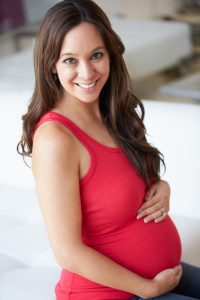 The Department of Health and Human Services is now funding whooping cough vaccine for all pregnant women from 28 weeks gestation and parents or guardians of new born babies.

The doctors at Active Medical highly recommend all pregnant women and partners as well as parents and guardians of newborn babies to be vaccinated against pertussis, otherwise known as whooping cough.

To help explain why you should be vaccinated, we have answered some of the most frequently asked questions:

What is whooping cough?  |  What is pertussis?

Pertussis, most commonly known as whooping cough  is a serious, contagious, respiratory infection caused by the bacterium Bordetella pertussis. It is particularly serious in young children. One in every 200 babies who contract the infection will die.

Whooping cough is most serious in babies under 12 months of age. In young babies less than six months of age, the symptoms can be severe or life threatening. Seek urgent medical attention if your child’s lips or skin go blue (cyanosis) or if they are having breathing difficulties associated with the coughing. Immunisation is the best way to reduce the risk of whooping cough. Serious side effects or allergic reactions to the vaccine are rare.

What happens if my baby gets whooping cough?

Some of the complications of whooping cough in young babies include:

How is whooping cough contracted?

Whooping cough is spread by airborne droplets from the upper respiratory tract (when the infected person coughs or sneezes) and is highly infectious. The time from infection to appearance of symptoms (incubation period) is between six and 20 days.

In Victoria, most reports of whooping cough currently occur in adults over 20 years of age. Recent research has shown that family members, household contacts and carers are the main source of whooping cough infection in babies.

A person is infectious for the first 21 days of their cough or until they have had five days of a 10-day course of antibiotics. In countries where immunisation rates are high, the risk of catching whooping cough is low.

Whooping cough begins with symptoms similar to those of a cold. These can rapidly progress to include:

The ‘whoop’ (which is not always obvious) is due to a deep breath at the end of a bout of coughing. Vomiting after coughing is common.

These symptoms may be associated with poor appetite, fatigue and dehydration. The person may appear normal between bouts of coughing. During the recovery, the cough gradually decreases, but can last up to three months.

How does vaccinating pregnant women and their partners protect babies?

Vaccinating women against pertussis, otherwise known as whooping cough, in the third trimester means newborn babies have two-for-one protection. The mother is protected by the vaccine, which reduces her risk of infection and the risk of passing infection onto her newborn. In addition antibodies produced against pertussis during pregnancy are transferred to the newborn in utero providing added protection through passive immunity.

Why is is it important to vaccinate during pregnancy?

Without vaccination during pregnancy, new born babies will not be protected against pertussis until they’ve received their full dose of immunisations at 2 months, 4 months and 6 months.

Can I be around a newborn if I haven’t had a whooping cough vaccine?

Parents and guardians of newborns can be infectious during the incubation period of 6 to 20 days without showing any symptoms. This means that without vaccination, an adult could be infectious and pass the whooping cough infection onto a baby without even knowing that they had it.

Can I visit people with my baby if they haven’t been immunized?

What if I don’t want to get a vaccine?

Vaccination is optional, however government recommendations have been set based on studies about whooping cough, strict testing of vaccines and results achieved in other countries such as the UK where whooping cough vaccination during pregnancy has been recommended since 2012.

How long will the whooping cough vaccine last?

Immunity provided by the vaccine can start to decrease after two years and stops completely by 10 years.

Is the vaccine safe during pregnancy?

Yes. There is no evidence to suggest the whooping cough vaccine is unsafe for pregnant women or unborn babies. Pertussis-containing vaccines have routinely been used in pregnant women in the UK since October 2012 and is routinely recommended in the US for immunisation of pregnant women.

Yes. There is strong evidence to support the safety of administering whooping cough vaccination to breastfeeding women.

Who is eligible to receive the free vaccine?

The following people living in Victoria are eligible to receive the free vaccine:

Where do I get the whooping cough vaccine?

Who else should be vaccinated?

Childcare, healthcare workers and some adults should also be vaccinated, especially those who are, or will be, in close contact with babies. The whooping cough vaccine for adolescents and adults also contains diphtheria and tetanus protection in a combination vaccine.

For parents and carers of babies under 6 months of age who were born before the 1st of June 2015 and anyone else wishing to be vaccinated, the whooping cough vaccine is highly recommended and can be purchased at Active Medical. Call us on 9363 0954 or book an appointment here.

The information contained in this article is credited to the following sources: